Get Your Survival Gear Here

Did the founders set up the Bill of Rights and the Magna Carta in vain?
154 views0 comments

The Right to Bear Arms.

Do you know your Constitutional Rights?
71 views0 comments

Learn how the Freedom of Speech and Religion came to be.
83 views0 comments 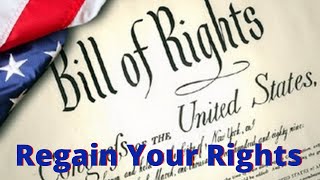 The Bill of Rights

Today, we will be exploring the Bill of Rights. The first 10 of the 27 Amendments. Currently, our Congress is attacking our Constitutional rights. The rogue politicians are doing everything possible to remove our God-given rights. I believe you fight suffering by taking a stand against it. Many believe we have already lost our Constitutional Rights. However, thanks to National Liberty Alliance, we are slowly taking back what our founding fathers granted us as US Citizens. No
40 views0 comments

Preamble To The Bill of Rights

In the next three videos, I hope to give my audience a refresher course on our rights as United States citizens. If you are like me, a refresher course will be quite refreshing. So, here it goes: The Preamble to the Bill of Rights *Congress of the United States begun and held at the City of New-York, on Wednesday the fourth of March, one thousand seven hundred and eighty nine. THE Conventions of a number of the States, having at the time of their adopting the Constitution, ex
6 views0 comments
bottom of page